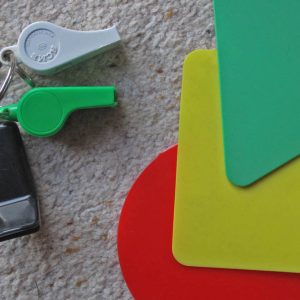 N.B. fixtures with asterisk (*) by the time are suitable for Level 1 unassessed umps

Currently our Umpire Development Officer (UDO) Mike Dutton looks after this aspect. During the main season, he will email all Club umpires each Sunday or Monday during the season referring them to this website page, asking for their availability for the games requiring umpires over the following weekend or two. On the following Thursday a “Confirmed umpires” email will go out, directing umpires, relevant team captains and fixtures secretaries to this website page again.

The four changes that have been highlighted in the England Hockey summary document (see link at top of page) are as follows:
Removal of Player with Goalkeeper Privileges  (self explanatory)
Amendments to Attacking Free Hits within the 23m – essentially all attacking free hits within the attacking 23m (outside the D) should be treated the same as they are all other areas of the pitch as far as defenders are concerned: if you have time to retreat 5m away from the location of the hit you should be attempting to do so; if not (hit is taken quicky) do not attempt to tackle until the ball has travelled 5m. Remembering of course that, for an attacking hit within the 23m, all attackers must also be 5m+ from the free hit location.
Defensive Free Hits awarded within the defensive circle – free hit awarded within the defensive D can be taken anywhere in the D or taken up to 15m from the back line in line with the location o the offence.
Amendments to ruling around Attackers entering the circle at a PC – if this is spotted (often by the disengaged umpire) the injector must be sent to the half-way line and replaced by another attacker.
To add to the above, there are a number of alterations which are worth a mention:
Danger – the paragraph in the Rules which use to say “Players must not play the ball dangerously or in a way which leads to dangerous play” with a sub-para saying “a ball is also considered dangerous when it causes legitimate evasive action by players“. That sub-para now says “a ball is also considered dangerous when it causes legitimate evasive action by opponents“. So now if, for instance, the ball whistles past your ear and it was raised off the stick of one of your own team – that is not danger (play on).
Goalkeeper propelling the ball in any direction with gloves – the Rule has been amended which allows the GK to propel the ball over long distances with his/her gloves (rather than just deflect it).
Protective headgear worn by players defending a PC – there is now allowance made for a defender to take a quick free hit out of the D prior to dispensing with their protective headgear.

Next Exeter or Taunton based Umpiring Course.

Note that the cost of the course is currently £55, to be paid online, and you will be required to complete an online Rules test before attending. The Club will refund the course fee when (after completing the course) you’ve umpired a minimum of 5 games for the Club.

Umpire Training Modules (England Hockey). All umpires are encouraged to follow the link below where you’ll find  new online training modules. These intended primarily for new and inexperienced umpires and combine quite a number of video clips with some clear, concise guidance and explanation. Fol-lowing the successful completion of a short test, users can also download a certificate of awareness. Rules education and testing is now available. Please go to England Hockey Online Training Hub. To access this area of Hockey Hub, you need to be registered and log in first. Registration is free and takes only a few minutes.

Umpiring Opportunities at the Club

We are fortunate to retain a good umpiring base at the Club with 20 qualified umpires (2019-20 Season), 3 of whom have Level 1 un-assessed status. We’re always on the lookout for fresh umpiring talent and anyone interested in becoming an umpire should contact the Club’s Umpire Development Officer (UDO) Mike Dutton. Mike, an accredited EH Umpire Developer,  will continue to make it his business to help bring on budding talent (young or not-so-young) and guide him/her through the qualification process, in close association with the DHUA. All our umpires are officially “affiliated” to Sidmouth & Ottery HC, and listed as such on the DHUA website.

Currently, it is a requirement of the DHUA (and England Hockey) that player-umpires must umpire a minimum of 3 games per year to retain their “active” status; for non-playing umpires the minimum requirement is 5 games per year. Games umpired must be logged on the DHUA website where each umpire has his/her own password-protected “personal area” already set up. Umpires who fall short of the required minimum number of games during any one year up to 30th June may be “de-activated” by DHUA; in that event, he/she will then need to be re-assessed before their status can be re-activated to resume umpiring league games, but they would be able to umpire friendly fixtures.

It is important that you keep entering your umpired games on the DH website, at least until you are officially marked as “active” by DHUA (minimum 3 game for a player-umpire, 5 minimum 5 games for an umpire who is not registered as a player). Note that you do not need to enter DHUA appointed games as those will be added automatically to your match history.

Following the Devon Hockey website upgrades in 2018/2019, the process of adding games to you match history is slightly different. After going into your Personal Area Login (with email address and password) click on Personal Options then Match History then Add a Match to my history

Ad hoc requests to umpire for other clubs (neutral games)

If you are approached directly by another club for your umpiring services, could you please refer the request to Mike Dutton; he will then check to see if the Club can spare you (or an alternative ump) for the fixture in question; if so, Mike will (in most cases) ask Matt Reynolds at DHUA to give us a “Club Appointment” to that game, or appoint a named umpire of our choice  – this can often be done at short notice. We may, on occasion, be more understanding as far as Honiton Hornets HC is concerned as we have in the past benefitted by using a few of their home fixtures (at Ottery) as development games for the our unassessed umps.

The main change is to bring consistency across the game to the penalties imposed when a Red Card is shown – the changes are already in effect so you will need the new form for any matches that you umpire from now on.

Where a player has been shown a Yellow card for a minor offence and then commits the same offence again, a Red Card should be shown – however, this offence will only result in suspension from that match – there is no further ban imposed. NB. the form must still be completed for all Red Cards awarded for whatever reason. 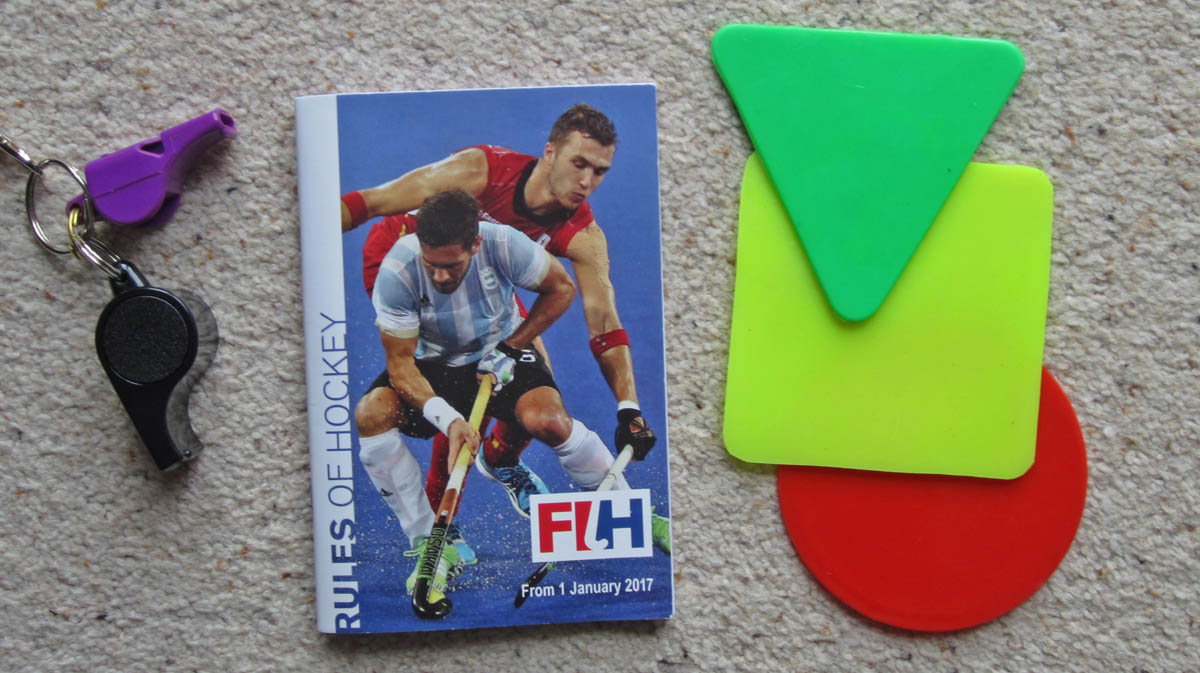