We have a strong presence in the GoCrea8 Hockey League with four men’s teams, and in the West Clubs’ Women’s Hockey League with four ladies’ teams. We also offer opportunities for mixed and veterans’ hockey as well as Rusty Hockey for those looking to return to the sport after a lay-off. Our social centre is Sidmouth Cricket, Tennis, Croquet & Hockey Club at The Fortfield in Sidmouth, with our home venues for matches shared between Sidmouth and Ottery St Mary Leisure Centres. 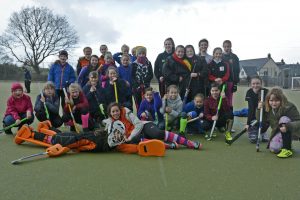 We have a thriving Junior Academy which operates at both our home venues. We continue to utilise the important links to primary and secondary schools in the East Devon area for the development of hockey, in particular The King’s School, Ottery St Mary, Sidmouth Community College and Colyton Grammar School together with their feeder primary schools.