Ottery Astro – Lots of progress and there’s more to come

Lots of progress is expected this week at the Ottery astro. In our last post we reported that the turf had been delivered and the first 3 rolls of green turf had been laid down to cover the area up to the 23 at the far end.

Just a few days later and there’s been a lot of progress. All the green turf has been laid down and is the process of being glued together and the contractors have started sprucing up the dug-outs, raising the fence posts to 5m to take nets and attaching the wooden protection boards.

We’ll post an update in a few days when, it’s expected that the new goals will be delivered, fence nets fitted and the blue turf surround laid out and joined up. 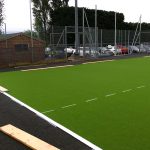 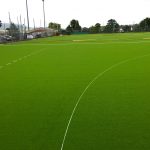 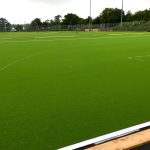 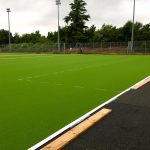 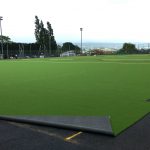